Why I Love Weddings & My Most Memorable Wedding Moment

I had never been to a wedding before the first one I was hired to film. It was a three hour drive up to North Jersey. When I arrived I was shaking from stress. Thinking of how important every shot I captured had to be perfect. This is the most important day of the couples life. My boss was not there at first, just the company photographer so I dived right into filming. As time grew closer the groom was standing at the end of isle. I said Hello and shook his hand. He was shaking worse than I was. Had drops of sweat on his forehead.

I stood center isle right and started rolling on bridal precession. When the burst of sunlight pierced the room and this beautiful woman with a halo around her came slowly down the aisle I swung my camera over to capture the groom’s face and he two tears coming down his cheek and a huge smile. A happiness I have never witnessed before. That moment stuck with me for eternity. I had love squabbles at the time and that second put my life in perspective. That first strike of love when you know “I can’t live without this person on my side forever, no matter what.” I have done over 300 weddings and time & time again seeing the bond of love it still makes me think clearer about my relationship. I get to see a husband watch his true love come down aisle, first kiss as married couple, the oldest married couples at wedding, and true love. They all have a way of helping me remember to love my wife; I can’t ask for a better job.

A Little About Me:

I went to Ocean County College and received a Degree in Digital Mass Media. I was hired to Ocean TV-20, a television studio on campus.  During my mentorship there I was the youngest person in Apple history to achieve an Apple’s Master Certification Training Certification for Final Cut Pro. I worked at Ocean TV-20 for five years during that time I started doing weddings. I am trained in cinematography and production.

I have been married for 2 1/2 years, have two dogs, and live locally. I am incredibly happy with the career path I chose. Video is a never ending adventure of new people.

I approach every wedding as if I where filing for discovery channel. The people in front of me are different species and I have to document everyone to figure them out. Documentary style filming always gives me the most footage to edit the video.

If you’re looking for a company to make your wedding a little less stressful and you want to know you’ll be in good hands and have great people.. hire them!

... the planning team was professional, prompt, flexible, and caring throughout the process.

Made Our Day Special!

They all truly helped make our special day something that our family and friends will remember for a long time!

I only have great things to say about Enchanted Celebrations and their staff!!

They perfectly captured our whole wedding with full of emotions and happiness from us to our guests.

You Won’t Regret It!

AMAZING... The process was just so easy.. if you're thinking about booking EC DO IT. You won't regret it.

EC accommodated our specific interests for our video... was very well priced for what we were looking for.

Our videographer... was professional, outgoing, friendly. He did a wonderful job...

Everything was AMAZING at our wedding. Our photographers and videographers also did an AMAZING job

… Every interaction we had from start to finish was professional and knowledgeable.

Us And Our Dreams

They helped us get a clear vision of what we wanted… and it started and ended with us and our dreams.

I would recommend using EC to anyone who is looking for a great, stress free wedding planning service!

...I felt like I had a team… I'm beyond pumped for the video and photos and couldn't recommend EC more!

All of our expectations were surpassed. Thank you to Enchanted Celebrations for helping us have our dream wedding.

Thank you so much Enchanted Celebrations for making our wedding dreams come true… They are one of a kind!

They even gave us more than what we wished for on our big day! They went all out and exceeded my expectations.

Amazing!! I recommend this man for these services you won’t regret it.

… we could not be happier! From the initial planning to the final video, everything was so easy and fun, but also so professional...

Great to work with!

We used Enchanted for videography services. While we haven’t seen the video yes, Alvin (videographer) was great the whole day! He was capturing it all and was great to work with.

Easy to Work With!

Very professional and easy to work with!

[Enchanted] was flexible and understanding especially when we had to reschedule our event sue to the pandemic.

Danielle and Ethan
The Knot

Awesome to Work With!

Awesome to work with and made us feel extremely comfortable.

Victoria and Robert
The Knot

They were so helpful and flexible throughout . . .

Lauren and David
The Knot

Overall AMAAAAZINGGG. From beginning to end.

Cynthia and Anthony
The Knot

Using Enchanted Celebrations for our photography, videography, and DJ was the absolute best wedding planning decision I ever made. . .

Truly wonderful to work with. We originally had 2 photographers, 1 videographer, a DJ and a Photo Booth for our reception, but that all got cancelled by COVID-19.

Caitlyn and Mike
The Knot

Amazing To Work With

Enchanted celebrations overall was amazing to work with. Even with changing my whole venue and plans last minute due to Covid, the changing process was easy and smooth.

Melissa and Ceaser
The Knot

A friend recommended Enchanted for photography but we ended up using them for photo, video and our officiant.

We have had nothing but great experiences with Enchanted Celebrations. We originally booked an Engagement photo shoot, wedding photographer/Videographer, DJ, photo booth and lighting.

Let me just start by saying W O W. Our assigned staff went above and beyond our expectations and really gave us an AMAZING day we will never forget.

Our videos came out beautiful!

My videographer was very thorough throughout the whole day getting every shot. Our videos came out beautiful! We couldn't have asked for more! :)

Kaitlyn and Louis
From WeddingWire

We used all of their services, and I cannot say enough good things about this company!...They want your day to be the best you could ever imagine.

Erynn and Erik
From WeddingWire

We’ve sent out the video to just about every guest and they unanimously agreed: it was the best wedding video they’ve ever seen.

Melissa and Luke
From WeddingWire

Our videographer went the extra mile to get the perfect shots of my husband and I as the sun was setting and even braved the cold weather to capture our wedding sparkler send off.

Jackeline and Humberto
From WeddingWire

Our highlight reel is breathtaking!

Our videographer was so easy and great to work with, capturing every special moment of our wedding day and more! Our highlight reel is breathtaking!

Megan and Marcel
From The Knot

On the day itself we felt in safe hands...Their experience and professionalism was way more than we could ask for and they actually allow you to relax and enjoy the best day of your lives!

Michelle and Brian
From The Knot

Everything we’ve ever wanted!

Enchanted Celebrations was wonderful throughout the entire process...Thank you, EC for making our day everything we’ve ever wanted it to be!

Dana and Christian
From The Knot

Kept us at ease

Our photographers and videographer were great!...They both worked so well together and kept us at ease...

Elisabeth and Jonathan
From WeddingWire

the best we could ever ask for

Our videographer was the best we could ever ask for. He was so professional, creative, and did everything we asked...

Rebecca and Jeff
From WeddingWire

Made our wedding so special!!

We used EC for our DJ, Photo Booth, Videographer, and Photographer...EC made our wedding so special!!...

Stephanie and Ashley
From The Knot

Everything was easy and flexible to what we wanted. I couldn't be happier with them.

Helen and Bryan
From WeddingWire

We got a highlight video two weeks after and loved every second!

Bethany and Matt
From The Knot

Wouldn’t have changed anything

Our actual videographer was great- he was friendly, efficient, organized & creative...wouldn't have changed anything.

Jennifer and Paul
From WeddingWire

A one stop shop for video, DJ, and photo booth...It was everything we were looking for...we would choose Enchanted again and again!

Jeana and Andrew
From The Knot

Bundling most of our services made the process much simpler and stress free!

Lucia and Chris
From The Knot

Loved it so much!

...Our videographer clearly listened to what was important to us...We ended up having no edits to make to it because we loved it so much!

Risha and Zach
From WeddingWire

They are very responsive, helpful, and accommodating...They made me feel very comfortable!

Ashley and Anand
From WeddingWire

Our videography performed very well and did exactly what we asked- was not intrusive and captured the day...

Devin and Matt
From WeddingWire

We love how our video came out...we can watch our whole wedding day like a movie.

Megan and Luke
From WeddingWire

...my video captured every moment! We are so happy with Enchanted Celebrations and watch our video over and over!

Alissa and Jonathan
From The Knot

We had the pleasure of working with Daniel who was absolutely amazing...

Brittni and Neil
From WeddingWire

On the day of the wedding, our photographer Joe and videographer Joey were ABSOLUTELY INCREDIBLE...

Katherine and Jesse
From WeddingWire

Out of This World

Our photographer and videographer were out of this world and so easy to work with...

Katelyn and Joshiah
From The Knot

Our check in call a few months before the wedding was really helpful and reassuring, and we really liked our videographer, Joey...

Hannah and William
From WeddingWire

Our videographer was such a calming presence.  I will continue to speak highly about them for years to come.

Jackie & Danny
From The Knot

Katie and Greg
From WeddingWire 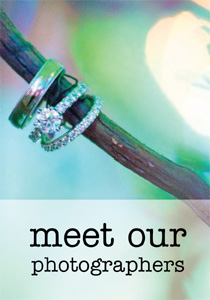 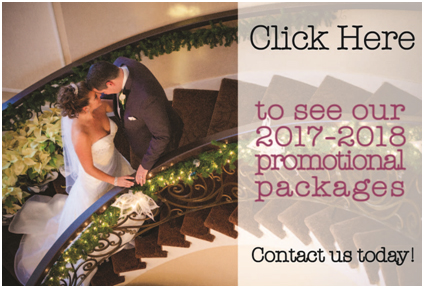 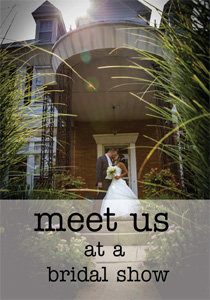 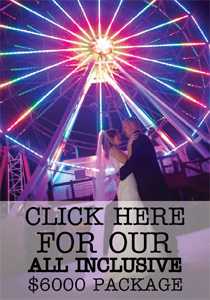 Monthly Special: Let's Get Lit!!!CHECK IT OUT
×